Marie had a large, warm heart and tender nature, and never refused a summons from the suffering, no matter how dangerous the disease. Wherever she went, she labored faithfully and earned life-long friends. During the yellow fever and cholera epidemics she proved herself a noble woman, going from patient to patient, administering to the wants of each and saving many from death. —Staunton Spectator and General Advertiser, June 21, 1881

Marie Laveau’s life and works embody what the Catholic Church calls corporal works of mercy—charitable actions that help our neighbors in their bodily needs, such as feeding the hungry, giving drink to the thirsty, clothing the naked, sheltering the homeless, visiting the sick, visiting the imprisoned, and burying the dead. These principles of right living are derived from the teachings of Jesus and are altruistic actions we are to engage in to treat other people as if they are Christ in disguise. Marie Laveau lived in accordance with the works of mercy in how she lived her life in service to her community. As we examine Marie Laveau’s life, we can see how she engaged in these core principles in her life’s work. 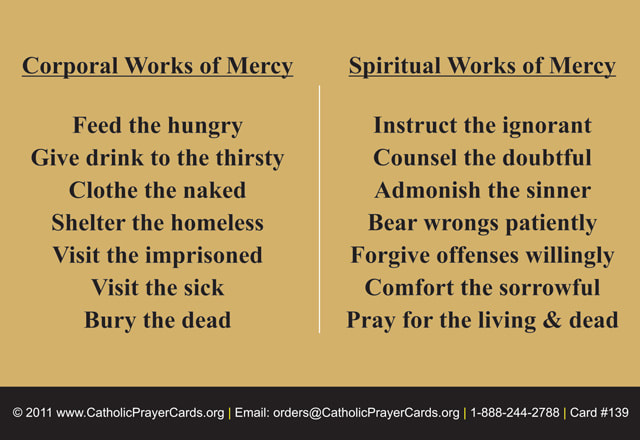 For example, Marie is on record for nursing yellow fever and cholera patients during the city’s epidemics, and she provided housing and food for the poor. She sponsored education for children and even adopted one little boy and posted bond for free women of color accused of petty crimes. She visited condemned prisoners, set up altars on the inside, and prayed with them during their final hours. We now know she also offered the use of her tomb to strangers who had no burial place of their own. In fact, her tomb in St. Louis cemetery No. 1 where she is buried is the resting place for a grand total of eighty-four people! Only twenty-five of those buried there are verified or assumed to be family members (Long 2016).
The charitable deeds of Marie Laveau are etched in the memory of the city alongside the Catholic priest Father Père Antoine. Together, they are known for ministering to the sick and incarcerated. In addition to his work with the infirm, Père Antoine shared Marie Laveau’s dedication to the poor, imprisoned, and enslaved. Their relationship began when Marie Laveau was just a baby and he baptized her. He was obviously an important figure in her life, as he also married her and Jacques Paris. Given their shared activities of service to the community, it is likely he schooled Marie in the principles of the Catholic faith. They had a close relationship and even worked out a deal where she could do some ritual work behind the Church every Sunday:

After masses on Sunday, Marie performed light rituals in St. Anthony’s garden behind the St. Louis Cathedral. She promised her followers these rituals as a reward for coming to Church with her. Father Pére Antoine approved of what Marie was doing because she would encourage Voodoos to come back to mass, unlike the other Voodoo leaders who discouraged their followers from going to Church (Gandolfo 1992, 18).

Père Antoine was in service of St. Louis Cathedral for over forty years as a Capuchin priest from 1785 to 1790 and again from 1795 until his death.

Marie Laveau is often described as being a devout Catholic or having returned to Catholicism and abandoned Voudouism in her elderly years. In some ways, this trend appears to project a discomfort in fully acknowledging Voudou as a legitimate religion by using Catholicism as the legitimizing platform for comparison. It’s as if to say it is OK she was a Voudou because she was also a devout Catholic. The emphasis in syncretism follows where we all acknowledge her devotion to St. Peter and Mother Mary and attribute her altruism to her Catholic faith and works of mercy instead of considering the nature of Voudou and its inherent precepts of healing and curing. I would like to propose an alternate view as food for thought.

Marie Laveau likely had Voudou in some form in her lineage. Her great-grandmother Marguerite is believed to have come from Senegal and may have passed on some of her herbal and talismanic knowledge to her daughter Catherine, who in turn passed on her gifts to Marie’s mother Marguerite, who in turn passed them on to Marie. The passing on of indigenous knowledge in this fashion is a natural and expected process.

In addition, there are reports of Marie Laveau as a student and business associate of Doctor John Montenée, who was the reigning gris gris man in her time. As a result, she would have been well schooled in the art of conjure and local Voudou culture. As she was born in a time when Catholicism was the mandated religion, she had no choice but to learn the tenets of the faith, and so she would have been instructed by the Ursuline nuns and Father Pére Antoine.

But Marie was no stranger to the cloaking secrets of Voudouism in New Orleans at the time. It is not surprising at all to see St. Peter exemplified in reports of her Voudou ceremonies, as he is associated with Papa Legba, a primary Voudou loa and African god essential to the practice of Voudou on any level. To invoke the spirits, one must always invoke Papa Legba first because he, like St. Peter, holds the keys to the spirit world. Today, we call him Papa Legba; but in Marie’s time, he was called Papa Labas, or Limba. The name Limba is rarely used now as far as I know; however, Labas can be heard during Mardi Gras season with exuberant shouts along the parade routes: “Eh, Labas!” A traditional New Orleans song sung originally in Creole, it has a call-and-response style with the words translated as “Hey, over there!” I posit it is a reference to St. Peter and Papa Legba. Most people have no idea that they are shouting out to Papa Legba, the opener of roads in New Orleans Voudou, because the words have been translated and interpreted by non-practitioners of Voudou who are unaware of the contextual root of the words.

The extent to which Marie Laveau used her Catholic faith to make her Voudou practice more palatable to Christians in mainstream society is impossible to know. However, it is deserving of the same consideration as the emphasis on her role as a devout Catholic.
Nursing the Saffron Scourge